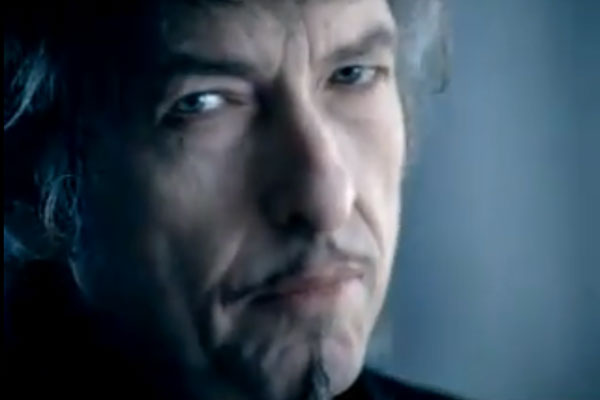 "It's unbelievable, it's strange but true" would be the general undertone to the latest series of TV commercials for Victoria's Secret, where Bob Dylan can be seen intercut with shots of model Adriana Lima. The longest aired version of the clip is 60 seconds and it was shot on location in Venice, Italy. It features Dylan's song "Love Sick" from his Grammy-winning 1997 album "Time Out of Mind". Here's "Angels in Venice", enjoy!

Critical comments by the media on Dylan's "sell-out" range from "What a sad and tawdry spectacle Dylan makes as sex gear huckster" to "Don't worry. The 62-year-old Dylan keeps his clothes on". But according to a CNN report, one Dylan fan put it this way in a discussion group posting: "What would you rather have Bob Dylan selling, ladies' underwear or cat food?" I have nothing more to add. If a sell-out looks like this, then do it!