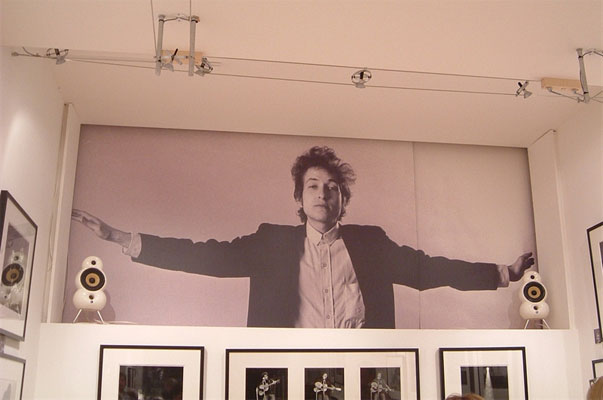 Snap Galleries in Central London is currently hosting the first UK exhibition for renowned NYC based photographer Daniel Kramer. According to Gallery Director Guy White, the photographer's archive is "breathtaking":

"In addition to the 1965 album cover sessions, he spent time on the road and in private with Bob Dylan in 1964 and 1965, was in the recording studio in January 1965 when Bob recorded (...) 'Like A Rolling Stone', and he also photographed the electric performance with The Hawks (...)"

Daniel Kramer's legendary portraits of Bob Dylan, from the key period 1964/65, were featured on the iconic album covers of the essential albums "Bringing It All Back Home" and "Highway 61 Revisited", two records that literally changed the way of Rock music and pushed the boundaries of songwriting.

Snap is one of the only galleries in the world to specialize in rare and exclusive Rock photography.