Lost Wilburys recordings to be released 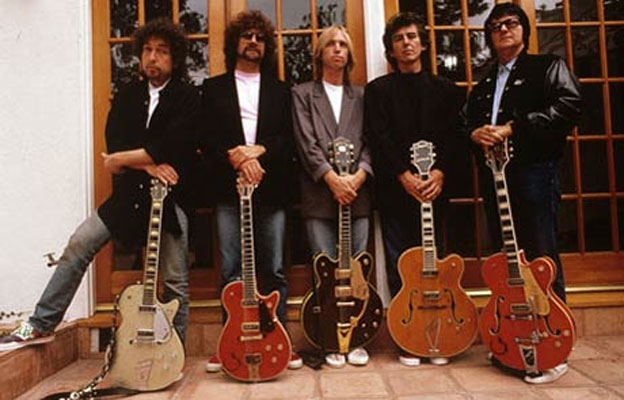 Barbara Orbison – widow of Roy Orbison, who died in 1988 –, and Olivia Harrison – widow of George Harrison, who passed away in 2001 – are planning to release previously unreleased studio outtakes by the Traveling Wilburys later this year.

After Ex-Beatle George Harrison's successful collaboration with former Electric Light Orchestra frontman and producer Jeff Lynne on the album "Cloud Nine" in 1987, they invited some of their friends to join them to record a B-side for the "Cloud Nine"-Single "This is Love". According to the record label, the song ("Handle With Care") was simply too good for a B-side, so the "Traveling Wilburys" started to work on a full album: Music legends Bob Dylan, Roy Orbison, and Tom Petty joined Harrison and Lynne. They were accompanied by drummer Jim Keltner, who had worked with John Lennon, and George Harrison's son Dhani. Until 1990 the "Supergroup" released two albums ("Vol. 1" in 1988 and "Vol. 3" in 1990).

Soon after the sudden passing of Orbison on December 6, 1988, his might-have-been replacement Del Shannon ("Runaway") committed suicide on February 8, 1990 due to depression. Rumors also named Eric Clapton as a possible new Wilbury, a fascinating idea, but it never happened. Harrison later joined Clapton on his 1991 Japan Tour though. The remaining Wilburys decided to pick "Volume 3" as the title of the second album, probably to mark that something was missing, or had to be left out.

UPDATE: Contrary to this announcement from 2004, the "lost" Wilburys songs have been released later in 2007 as bonus tracks on "The Traveling Wilburys Collection" box set: