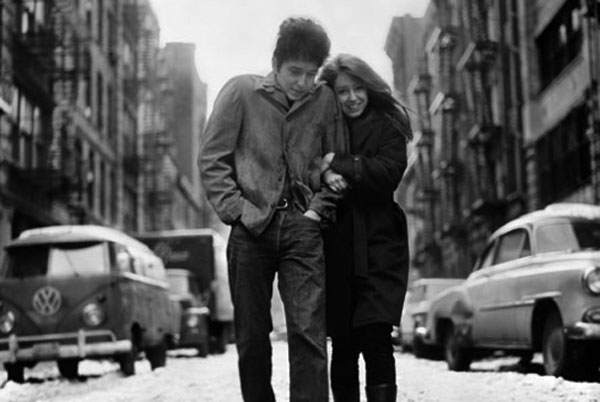 Bob Dylan as seen through the lens of important music photographers is featured in an exhibition from 15th Sept to 16th Oct at Proud Galleries Camden in London. The exhibition features over 100 images, many from private collections and never before published. It is authorised by Dylan himself.

The items include several famous photographies by Don Hunstein, who shot pictures of Dylan & Suze Rotolo in New York City, one of which ended up becoming the iconic cover for the album "The Freewheelin' Bob Dylan" in 1963. Hunstein nearly documented all key moments of Dylan's early career, he shot the cover for his selftitled debut album in 1961, he accompanied Dylan during the recording sessions for "Another Side of Bob Dylan" in 1963, as well as for "Highway 61 Revisited" in 1965, and he photographed his acoustic live performances of 1964.

There's also a preview presentation of Martin Scorsese's "No Direction Home", the documentary of Bob Dylan in the 1960s which will be both aired on TV and released on DVD in September.