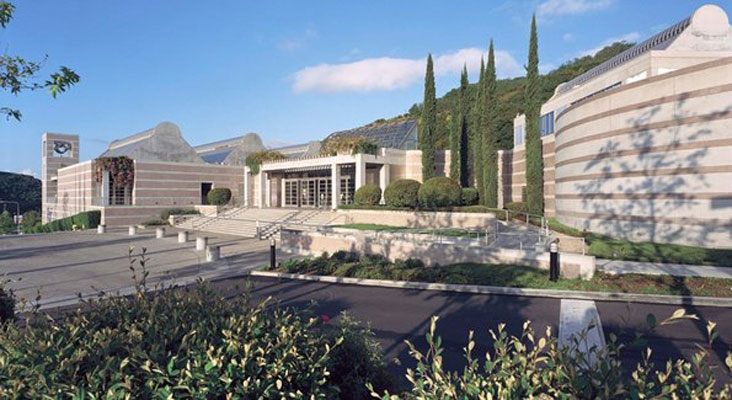 The Skirball Cultural Center in Los Angeles will be holding a symposium on influences that helped shape Dylan's music. The event on March 30 will be hosted by Bob Santelli, director of the Grammy Museum and author of "The Bob Dylan Scrapbook". The presented topics will include Dylan's Minnesota roots, his Jewish upbringing, connections to black female gospel singers, and an examination of folk music before and after Dylan. One of the presenters will be Greil Marcus, cultural historian and author of "Like a Rolling Stone: Bob Dylan at the Crossroads".
Ticket prices range from $35 (general) to $15 (students) and can be ordered online here.

Also "Bob Dylan's American Journey, 1956-1966" is still on view at the Skirball Cultural Center through June 8, 2008. The exhibition features more than 160 artifacts, including Dylan's handwritten drafts of classic songs, rare concert posters and a recording of his first concert, which has never been commercially released.